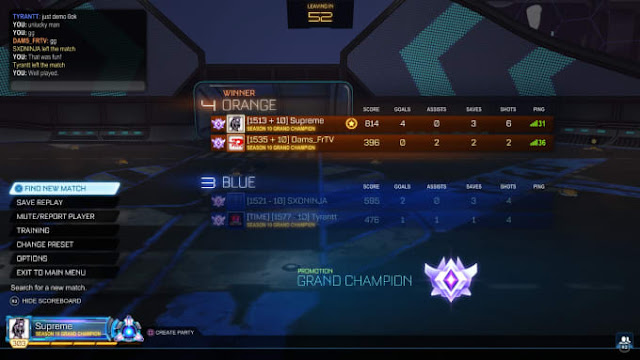 Hey, I'm Ben, a Rocket League Grand Champion Coach with 3000+ hours of Rocket League experience. I'm currently playing on a multiple tournament winning competitive team, and also coach other competitive organizations as well. I have lots of experience and I am here to help you improve while sharing some of the techniques of Rocket League professionals.
My rank is currently Grand Champion in multiple playlists, where I've consistently played against high level RLCS/RLRS players.
Your first session will consist of the following:
1. An initial assessment of your strengths and weaknesses, settings optimization and goal setting.
2. Cover all game sense areas such as rotations, positioning and more, as well as any specific problems or questions you may have.
3. Work on all mechanical techniques, scenarios and training drills.
4. Live coaching against high level players, and applying everything we've learned.
I've coached hundreds of players who have consistently ranked up.
Discord is required for the coaching.